Let me quote Franz Kuehmayer, one of the most important futurologists in Europe: “Leadership is powerful (not omnipotent, but not powerless either).

And in this context, Kuehmayer shows a chart with a spectrum of values from deficit orientation to abundance orientation and provides the interesting progression: “unprofitable – profitable -generous” 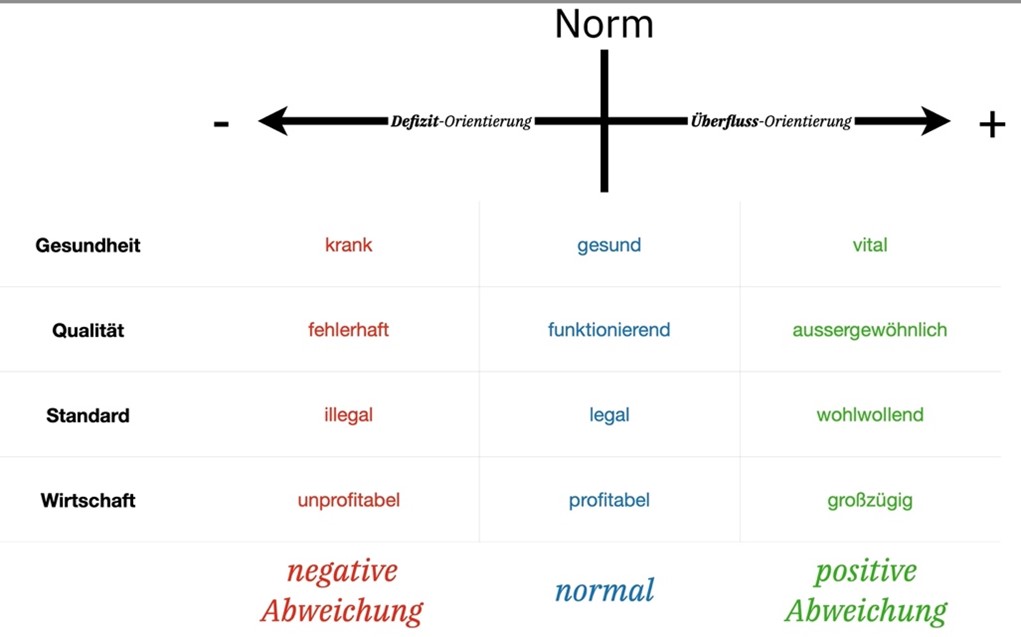 “Generous” – as a researcher, it’s quite easy to get away with this, you might think as representative of a company that no longer knows where its head is at present in the tsunami between pandemic, shortage of raw materials, Ukraine war, energy cost crisis, transformation pressure and shortage of skilled workers.

It is therefore not surprising that the current collective bargaining negotiations are being so difficult.

But if you want to shape the future successfully, you nevertheless have to think about how to attract and retain the best talents. ‘Employee Experience’ is the new buzz word that has been occupying CEOs and HR departments for several years. How can the experience that candidates and employees have in the company be sustainably optimized?

“Moments that matter” what really counts for employees*.

Large companies like SAP AG have spent a long and almost scientific time looking at which moments in an employee’s life cycle strengthen or weaken loyalty and ultimately commitment: what really matters is how an employee is dealt with at moments when they feel particularly vulnerable:

when starting at a new job,

when announcing pregnancy or leaving for parental or care leave,

when negotiating performance, career or salary, and,

when leaving/having to leave the company.

The how one is treated in these moments burns itself into the memory and contributes decisively to one’s own attitude towards work.

“Quiet Quitters” and Job Changers are on the Rise

As an employer, you have to ask yourself what’s worse, a workforce that’s just doing duty by the book or secretly already thinking about when they’re going to move on to the next company.

There’s a hype running wild in TikTok right now: “Act your wage,” which asks people to act exactly the way they’re getting compensated!

And currently, 46 percent are open to a new job or have even already taken concrete steps.

Among those aged 30 to 39, the proportion of those willing to quit is particularly high – 53 percent are ready to leave for a new employer.

In 2021, just under half of all employees surveyed – namely 48 percent – stated in a representative Austrian-wide Marketagent study commissioned by karriere.at that a higher salary would be the main reason for them to change their job – followed by more recognition on second place and a better work-life balance on third place.

“Caring instead of bargaining” is the order of the day – but how?

With a median Austrian salary of 44,500 euros per year (including special payments and bonuses, according to the StepStone Salary Report 2022), it’s easy to forget the low-income earners who, in the face of exploding energy and food costs, often no longer know how to finance their lives. This calls for clear signals from management because a company is ultimately a community that is only as strong as its weakest link.

And perhaps today’s times of crisis are precisely the right moment to look for new ways of remuneration.

“Fairness and flexibility” are the new currency

Assuming it is clear that all statements around salary are part of the ‘moments that matter’, then identifying with the company is not helped by experiencing one’s employer as not being generous enough or too rigid.

And at the same time, it is understandable that companies should not use these moments to adjust salaries in the same way for everyone.

It would be nice if this realization would find its way into the collective bargaining negotiations, for example in the form of a choice between an additional day of vacation versus a salary adjustment.

Customizing’ not only in industry, but also in compensation.

An exciting development in this context are efforts by large corporations such as Unilever, which offer flexible compensation packages with the aim of allowing each employee to put together their individual package (uFlexReward), or cafeteria systems that offer choice, at least in terms of voluntary social benefits.

As a company, I can only meet my employees and win them over in the long term if I include them in my considerations. This includes surveys, focus groups, an open exchange of views on all salary-related issues, and a shared view of the economic challenges and opportunities. What can happen when the heat is on – nothing! At least then the company knows how to improve loyalty and commitment so that together they can successfully shape the future.