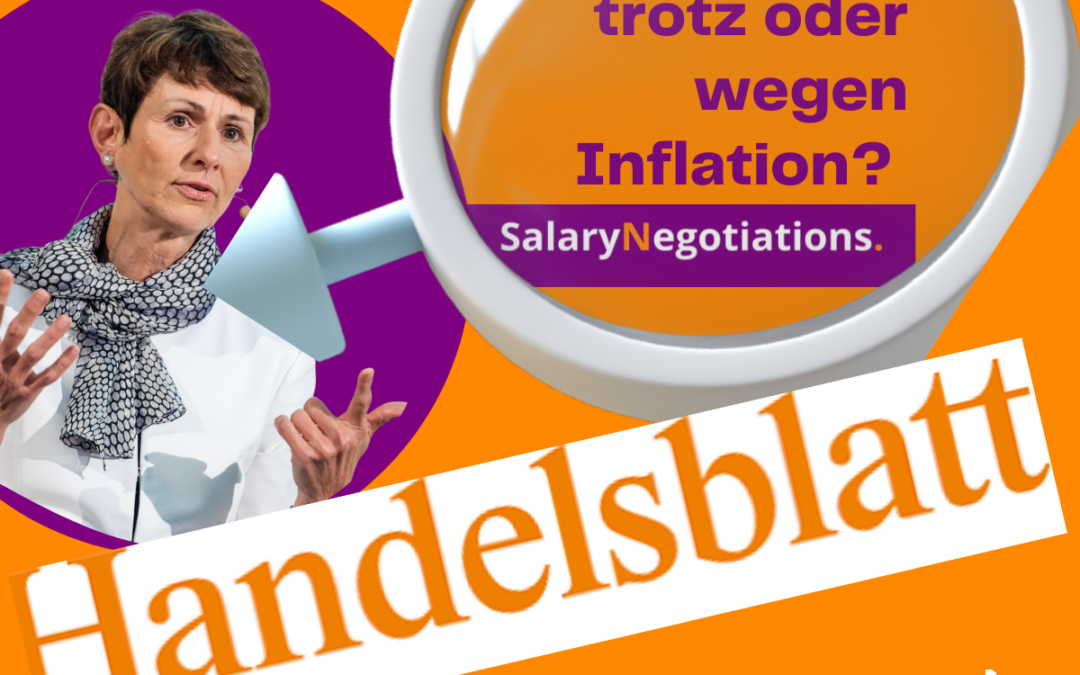 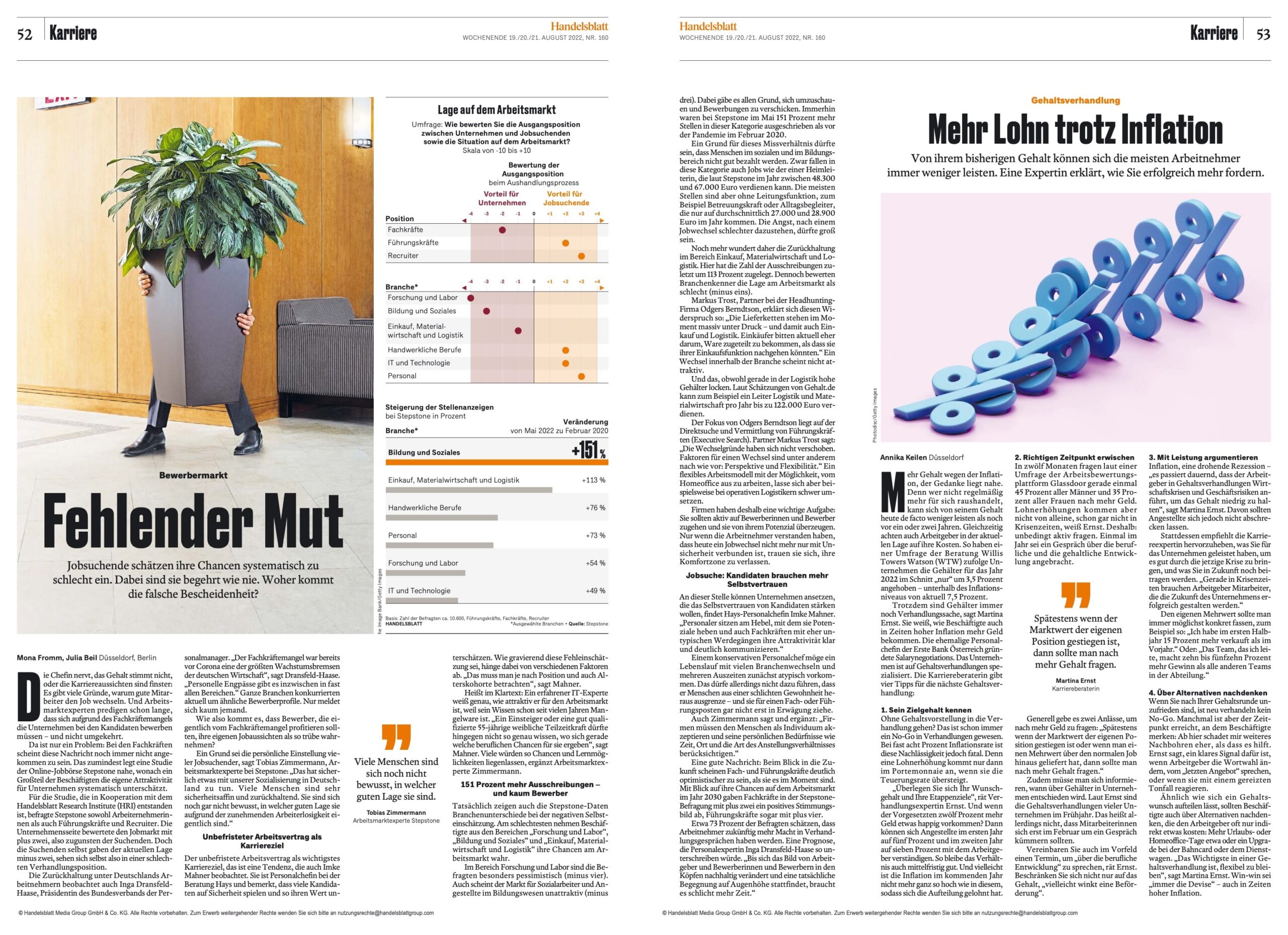 Most employees can afford less and less from their current salaries. An expert explains how you can successfully demand more. More salary because of inflation, that’s an obvious thought. After all, if you don’t regularly negotiate more for yourself, you can de facto afford less from your salary today than you could a year or two ago. At the same time, employers are also paying closer attention to their costs in the current situation. According to a survey by the consultancy Willis Towers Watson (WTW), companies have raised salaries for the year 2022 by “only” 3.5 percent on average – below the current
inflation level of 7.5 percent. Nevertheless, salaries are still a matter of negotiation, says Martina Ernst. She knows how employees can get more money even in times of high Inflation. The former head of human resources of Erste Bank Austria founded SalaryNegotiations. The company specializes on
salary negotiations.

The career consultant gives four tips for the next salary negotiation:

1.know your target salary
Do you go into a negotiation without a target salary? That has always been a no-go in negotiations. But with an inflation rate of almost eight percent this negligence is fatal. Because a salary increase only lands in your wallet if it exceeds the inflation rate. “Think about your desired salary and your negotiation milestones,” advises negotiation expert Ernst. And if twelve percent more salary may seem a bit too steep for your superior then employees can come to an agreement with e.g., five percent in the first year and seven percent in the second year. In this way, the relationship between both parties remains good in the medium run. And maybe the inflation will not be quite as high next year, which makes the split even more logical.

2. get the timing right
According to a survey by the job evaluation platform Glassdoor just 45 percent of all men and 35 percent of all women are asking for more money over a period of twelve months – but wage increases do generally not come on their own, especially not in times of crisis, Ernst comments. Therefore, be sure to ask proactively. Once a year, she says, a discussion about career and salary development are appropriate. In general, there are two reasons to ask for more money: “At the latest when the market value of one’s position has improved,” she says, or “when one has added value above and beyond the normal job, then you should ask for a higher salary.” In addition, Ernst said, you need to find out when salaries are discussed. According to Ernst the salary negotiations of many companies take place in spring. However, that does not mean that the employees should wait until February to ask for a
discussion with their superiors. Make an appointment well in advance to “talk about your career development,” Ernst advises. Don’t limit yourself to a meeting about your salary, “maybe a promotion beckons.”

3. argue with your performance
Inflation, a looming recession, all these counter arguments…- “It happens all the time during salary negotiations that the employer cites economic crises and business risks, to keep salaries low,” says Martina Ernst. But employees should not be put off. Instead, the career expert recommends to emphasize what you have done for the company to succeed despite the current crisis – and how you will contribute to build a strong corporate future. “Especially in
times of crisis employers need employees who will successfully shape the future of the company. One should always be very specific and present the added value as concretely as possible, for example: “In the first half of the year we achieved 15 percent more sales than in the previous year.” Or: “The team that I manage earns ten to fifteen percent more profit than any other team in the department.”

4. Think about alternatives
If you are unhappy with the outcome of your last salary review, don’t forget renegotiating is not a no-go. Nevertheless, at a certain point, employees realize: Further probing is more likely to harm than help. Ernst says a clear sign of this is, when employers change the wording, talk about the “final offer,”or if they react with an irritated tone of voice. Similar to how a salary request can be split into several steps, employees should also think about alternatives to ease salary increases because they are often only indirect cost to the employer: more vacation or home office days, for example, or an upgrade to a yearly public transport ticket or company car, for example. “The most important thing in salary negotiationsis to remain flexible, says Martina Ernst.

Win-win is “always the motto” – even in times of high inflation.