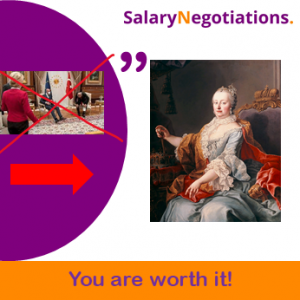 Have I always been a political person fighting for what I stand for?
Honestly no!

Have I always supported the female quota?
Nope!

On the contrary, in the past, I was strictly against it.

And believe me – I do not at all talk about Erdogan – I solely focus on Charles Michel’s behavior as a central figure in European politics and culture and how the photos and videos of his ‘faux-pas’ cement traditional stereotypes – because unfortunately a #picture is worth a thousand words.

To better understand the incident, I read tons of articles and commentaries about it and most male AND unfortunately FEMALE voices told us we shouldn’t make such a fuss about it and simply move on. After all, the EU protocol foresees a clear distinction between the two political roles: the EU Council head supposedly being more important than the EU Commission chief.

And yet, it is a real blow to gender equality.

Over the last decade, during my corporate career in HR, I started to dig deeper into the topic of female careers, the reasons behind gender pay gap and why a female quota for leadership positions is a real necessity – and definitively not a harm.

And I realized more and more that it’s not enough to have supportive male bosses but we – as women – have to strengthen our solidarity and be each other’s arm and shoulder to climb the career ladder or claim one’s spot as entrepreneurs. Networking and mentoring have become powerful instruments to help us grow, change perspective and increase our courage and stamina.

Why, because after all, the topic of female equality is closely linked to our instilled patterns and how we behave in our female roles.

To change the gender (pay) gap and make sure we have our seat at the table four things need to be considered:

So, what can we make out of this incident, what’s the good in the bad? Should we move on? Yes, BUT NOT by forgetting or diminishing the incident – but rather by using it to bring further clarity to political and corporate policies and structures as well as becoming aware of what these pictures mean to our collective self-image.

A bit similar to the #metoo debate role stereotypes are being discussed publicly, and transparent discussions are the first step to further question our female/male belief patterns and our way of reasoning and undermining ourselves. And like water erodes the ground over time, by constantly showing new facets of gender inequality we slowly draw a new collective picture.

as a young local manager in the Frankfurt area I once had an appointment with the company’s Head of Europe. When moving from one meeting room to another I realized that he always passed through the door in front of me instead of opening the door for me. Next time, we arrived at the door, I was ahead of him, waited at the closed door and said: “Thank you!”. He realized his lacking manners and from then on showed a decent amount of status neutral politeness.

So, what can I do to be the change I want to see in the world. According to one of my latest blogs think big and start small by adding one drop of water every day – and one day the river will flow differently.

Let me end by referring to the quote in the headline which is supposed to be from Ghandi and by citing his real full quote:

We but mirror the world. All the tendencies present in the outer world are to be found in the world of our body. If we could change ourselves, the tendencies in the world would also change. As a man changes his own nature, so does the attitude of the world change towards him. This is the divine mystery supreme. A wonderful thing it is and the source of our happiness. We need not wait to see what others do.